I was a meeting the other night and there were people there who kept saying they were “time poor“. I had heard the expression before but not really engaged with it. I think what they meant was they were doing lots of things and so were busy.

I response in my head in the meeting was to think that maybe they should be thinking about what they are meant to be doing and asking their hearts if this was what they should be doing. And then my next thing was to want to boast and say that “now I’m healed/healing I am time rich“. But then I realised that both those responses are wrong. I am comparing and being proud. Neither of which is being respectful to the people I was with who are working really hard for my little town.

As I pondered it and did some journaling around my thoughts I realised I often panic that I don’t have time to do things and that this is what is stopping me getting some work that I should have because I’d be great at it. But I am also worried that I won’t have that allusive “enough” time to do all I think I ought to be doing. So in reality I was no better. I still think I could be “time poor“.

So more listening to my heart, listening to God who Created the Whole Universe, listening to the Universe. Then I realised that if I listen to my heart then I do have enough to do each day the things I am meant to do each day – whether that is keep house, run workshops, visit an ill friend down south to relieve her husband, see my mother, have coffee with my friends, be in school to do the things I am great at doing there. I will do what I am meant to do with the energy and time I need to all that.

So not “enough” as in the worrying that there isn’t enough but trusting that each and every day what I choose to do from listening to my heart will be what I am meant to do, and that I will not do too much or too little, will not be too busy, too time poor, but will glide through calmly knowing that I am being what I’m meant to be with enough time, energy, resources, experience, etc that I need. And then like my little dog I can enjoy the moment, seize the day, and live life to the full of who I am and what I love to do.

An aside – too often we see “living life to the full” as being super busy, but I am finding that the more I listen to my heart, to God, to the Universe, the more I am filled with deep joy, deep contentment, deep peace and a freedom to trust, the more I know that I am living life to a fullness that I never had when I was busy.

Last night I went to see “The Rocky Horror Picture Show” on my own. I had a seat right at the back and could watch not just the performance well but also see the audience. People were not as dressed up as I remember 35 odd years ago and the production didn’t seem to be as rude and raunchy as I remember. But that could just be me that had changed. I was a bit nervous of being in a theatre full of people with no distancing, which again is why I picked a seat at the back. There were 5 empty rows before there was anyone else. But I suppose viruses can travel.

Anyway when it came to the end the cast came back on stage and led everyone in iconic dance of the show, “The Time-warp”. I would say the whole audience leapt to their feet and danced for a good five minutes. We’d all taken our masks off because we were sitting down. So lots of singing, dancing, a bit of sweating I’m sure, and no fears or even thoughts of catching the virus. It was just the full joy of having seen a great show, enjoyed the enthusiasm of everyone else and just wanted to let off some steam. I must say I then skipped to the car and sung all the way home. I was even dancing and singing when I got back and had to take the dog for a pee.

Now I know I haven’t been to church since March 2020 but even before the fear of this awful virus there wasn’t that level of enthusiasm. Even when I went to a charismatic church back where we used to live it was rare to get that level of carefree abandonment through the whole congregation. As one crazy guest musician once said “you all think you’re being wild but you are all staying in your seats, the same seats you sit in every week.” It was true.

So I’m not saying that we need to infect other people but how often when we are in church do we get that level of carefree abandonment where we just want to let go and just have fun. It isn’t about being undignified. But, like with last night, it is about being caught up in the craziness, the enthusiasm, the fun, the joy, and also the whole thing of being in something you know so well that you know what to do.

Because, as I started this thought, I wondered if maybe last night was because it was different, but as I listened to people talking, for most people they came because they loved this iconic show, which is why it is still going after 40+ years. I was there because it was something I knew. So if, as Christians, we say we know Jesus, say we love Jesus, say we have gained so much from our lives from Jesus [which is much more than being the audience in a show we love] why don’t we go wild, feel such joy and abandonment.

I don’t know about you but I know that I now need to have a re-tweak of how I walk out my following of Jesus and have more of what I had last night in it.

At church yesterday our vicar asked “What side of the wall would Jesus have been on?” You

know what I think? I think he would have been on both sides. Yes both sides. Both sides are hurting and in pain – ok the refugees and those with green cards, etc stuck in airports have a noticeable need but the side behind the wall also have a need.

Those who want the wall built, want Muslims ban, are scared. Not just slightly scared but terrified. They have believed the media hype that all Muslims are terrorists and that we need to beware of them. I’m not sure what they America equivalent of the Daily Mail is but these people are Daily Mail readers. Mind you I often think the Guardian readers only see one side too.

I found it interesting too that there has been this big fuss here in the UK about the wall to stop Mexicans coming into the US and Trumps Muslim ban, but not so much has stayed in

the news about the fences and walls being built across Europe to stop the refugees entering the UK. Yes this includes those fences that have now been torn down in Calais.

There was a post on Facebook that said “If you’re a Christian and you support #MuslimBan, you might be a lot of things but you’re not a frigging Christian”. I can see the sentiment behind this but I don’t think it’s true. I think there are Christians who are scared of Muslims, scared of dying, and not fully putting their faith in God. For some it comes out noticeably in saying they support #MuslimBan but for others it comes out in different ways; not believing this they do can be forgiven, not forgiving others, not giving to the poor, gossiping, keeping boundaries in their hearts that keep others out, not doing things that God asks of them. I go on. Yes supporting it shows an uncaring side, a side that is misguided but also a heart that is scared of things, lives in fear. You know I think Jesus would be with these people wanting to change their hearts and wanting them to let go of their fear and to trust him and to love others.

Recently I attended a course about the connection between Judaism and Christianity led by some lovely Christian people. It did reach a point where I could not go any more because they were talking of how the Jews reclaimed Palestine/Israel and I said that I felt we also ought to look at the awful things the Jews had done against the Palestinians. Well I was told that it was prophesied in the Bible so this made it ok, that actually these people (the wave of refugees that I had said were like the Jews prior to WWII) only wanted to come over here to kill us all, and that the Jews ways of dealing with the Arabs were ok because “the end justified the means”!!!. These were not bad unloving Christians but they had got caught up in a side of things that said that if one does not honour the Jews one will not be blessed. And they wanted to be blessed. So I am sure they would be very pro the #MuslimBan but also very caring and loving towards homeless people, people with needs, Jewish people. But they live in a mix of fear of Arabs/Muslims and a desire to claim major

I didn’t want to do the comparison between now and Nazi Germany but I’m going to. Back in the 1930’s there were some good Christians who went along with what Hitler was saying about the reasons why Germany was failing. They supported him to begin with. And even, to save their own skins, they turned a blind eye to what was going on. Not every person who let things happen in Nazi Germany was a bad person. Many were scared and wanting to look after themselves.

So what side would Jesus be on? Again I believe he would be on both sides, wanting to give the refugees the peace and freedom they deserve, but also wanting those who think they should be banned/walls built peace and freedom in their hearts so they can also have the freedom they deserve. When one is fearful or angry or prejudice there is no freedom to truly live. One is always wanting to look after oneself, keep an eye out for those who might take away the blessing/the job/the destiny. 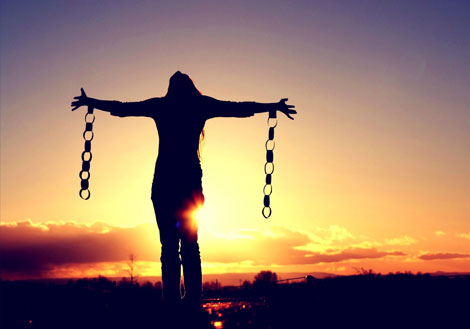 In the next few days I’m doing to look and blog on words from one of Josh Luke Smith’s songs – “Come as you are not as you should be” – because I think it says an awful lot about how we need to think and pray for the who are being oppressed, for the bigots who are doing the oppression and for ourselves and how we should be reacting; how we should be living in peace and in true freedom