Today is the winter solstice. The day when the sun stands still for three days before days start to lengthen again.

Today I got a revelation as to why the early Christians picked December 25th as the day to celebrate Jesus’ birth. It is a random day I’d always thought. Or had heard stories of how the pagans had celebrated on 25th because the sun had decided to reappear rather than disappear completely. But then I remembered another time when it looked like The Son had disappeared completely.

Two thousand years on from the event, knowing that outcome, as we also know that the sun will move on and the days will start getting longer, we forget what it must have felt like. Imagine firstly being a pre-science person and each year wondering if the sun would really continue or whether it would decided that it had had enough and the days 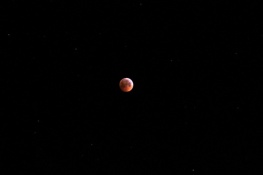 were just going to keep getting darker until there was no more. [Though maybe that isn’t so hard to imagine as we see the news and read the newspapers. We appear to be in dark times that are getting darker. So maybe we can understand.] Now imagine how it must have felt when you realised that the days were slowly minute but minute getting longer. I’m sure they had devises to be able to show them this was happening because their fear must have been great. Don’t think with 21st Century eyes and minds but with ancient minds who were not sure.

Then think back to that event two thousand years ago at Passover. So many people had given up everything – livelihoods, reputations, status, money – to follow Jesus and he’d been crucified. They knew he was definitely dead. If they hadn’t seen it they would have heard about the soldier putting his spear in Jesus’ side and the blood and water flowing out. Here was someone who was definitely dead. The Son had stood still for three days. The Son had been put in a sealed tomb – not because he was anything special but because it stopped the stench of a decaying body from seeping out. He had been still for 3 days.

Sunday. Often I’d miss the whole Easter story by seeing the detail in that and so deciding it wasn’t a true story. There are not 3 days between Friday and Sunday no matter how hard you try. But there are scholars who have said that in certain years there are more “sabbaths” due to Jewish tradition and that Jesus was crucified on a Wednesday. [I suggest googling this yourself before I lost the thread of what I’m saying 🙂 ]

So try to imagine you think this is the man who will light into the world, who you have given up everything for, but here he is not just one day, not just two days, but three days still. Dead. In a tomb. Imagine then how you would feel when he came to stand with you, when people you knew told you they had seen him. When people said The Son has risen.

It was like a big light going on. The whole idea of the sun staying still at the time we

celebrate Jesus birth fits hand in glove with the time we celebrate Jesus resurrection. God is so clever. And I also think as we do feel like we are entering a very dark time politically with Brexit, Trump, North Korea, wars and rumours of wars, refugees, more famines, and other atrocities we often don’t hear about we need to remember that it might look like The Son is standing still but the light is still with us and it will conquer the darkness.

My opinions are mine and mine alone. They maybe right. They maybe wrong. But they are mine. But what surprised me in the last week is how people don’t seem to like it if my opinions differ from theirs. They seem to want me to change or something. Actually I’m not sure what they want because I cannot mind read and would not like to second guess others. One of the things that leads to stress, so the de-stress information says, is to try to second guess what others think.

… will lead to calmly held boundaries, which need neither to be defended constantly nor abdicated in the name of “friendship.

So anyway this week firstly I was at a creative journaling workshop. I must say I do love it and love going but it isn’t my thing. I enjoyed the first bit of putting backgrounds on but when I got home I put the journal away and left it till the next session. I happened to say that I am very much a writer not an artist-type. Well I got told I needed to push through, 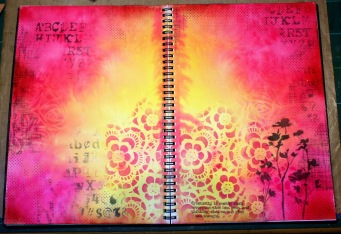 to get that other side of my brain working, etc. I do understand that this was well meaning but what I was trying to say was that I was excited to find out something that I didn’t want to do. Goodness me there are enough things in the world to do and so I need to know what to use my time in doing. Also what “other side of my brain”? I must say I didn’t ask the question so cannot guess what was meant by it but my first instinct was to think they meant the creative side. And this is where for along time my dilemma came from as a writer. I did not think I was creative at all because I do find I get no joy from painting, pottery, and all those other forms of art. I love writing and I love cooking and I’m good at picking the colours to decorate a room with – though much prefer to then pay someone to do it for me! So because I couldn’t do the official art things I always thought I was not creative, that I had to get that creative side of my brain going. Not true. I am creative. With words I am very creative but I’m not keen on the painting/making stuff side of creativity 🙂

The other place I voiced my opinion and got a hard time was at a course we were going to which I thought was about the connection between Christianity and Judaism which I thought would be interesting. Finding the roots of my faith – in fact going to the roots of anything – is what I love. It turned out it wasn’t really that but was about showing how it says in the Bible that the Jews should be in Israel. Now that in and of itself I do not have issues with and think maybe it is true. But what I did have issue with was that what the course, on this Friday’s session, was saying was that Israel did not wrong in going into

Palestine, that the British had a right to give the land to the Jews and when I voiced about the atrocities that were performed by the Jews on the Palestinians I was given short shrift. I tried to leave as quietly and politely as I could, voicing calmly why I was leaving as I went and got a real hard time from one of the course leaders and from a couple of the people present. Because I felt secure in my opinions, and not wanting to say theirs were wrong I was able to sleep well and calmly that night and have just been left, from both these times, wondering why people seem to not let others have their own opinion.

But of course it got me wondering as to whether I am guilty of trying to get people to agree with me. Hopefully this blog is where I say what I think, maybe try to persuade, but would be ok with others thinking differently. I am hoping that if the people who I have mentioned here read this then they will not get hurt and offended. I am not saying they are wrong at all. I am saying that I think differently to them. It is about being different not right or wrong.

For me recently I have found the things said on social media to be hard to stomach as people have been so rude about those who have different opinions to them. Once you think someone is stupid your brain will no longer want to listen to them. If one can say “I 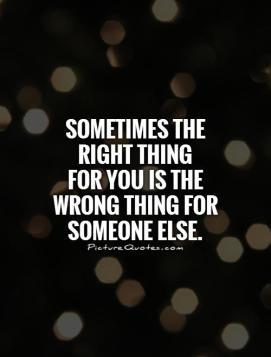 think differently to you and this is why” then maybe a dialogue could continue. Should I have stayed and not walked out of the course? I have pondered that. And actually at that moment in time walking out was the best thing as I was feeling upset by what was being said so wasn’t in a position to listen. I also knew, from the reaction I received to things I had said during the meeting and as I tried to leave, that I was not going to be able to openly discuss but would be told I was wrong.

Agghh!! Never tell me I’m wrong!!! And actually that goes for all the people who read on social media that they were “wrong/stupid” for what they voted for. They become defensive. They are not in a position to be persuaded.

I think too that if I am confident in my opinions and secure in what I think  – not bombastic but gently secure – then I can feel free to say “sorry that’s upset me so I need to leave” or “that isn’t for me” or “I don’t like that” or “I feel differently to you” but I do think we don’t allow others to say or think like that because we aren’t secure in what we think or feel. Also I do think with some things that what we enjoy, think, feel is so amazing for us that we want to encourage – which can become forceful – other into doing the same us as, thinking the same as us, feeling the same as us.

So yes I think that those on the course are passionate that God wants the Jews back in Palestine and I am sure my lovely friend with the creative journalling enjoys it so much that she wants everyone to find her enjoyment too. I am sure that I have things that I 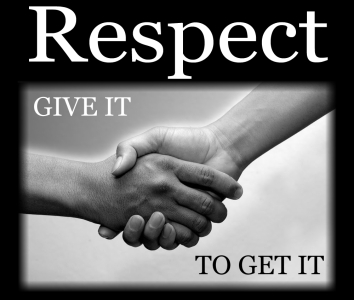 would love others to feel the same way as I do but I have to learn that all I can do is show them my enthusiasm and then leave them to see what they think. I can tell them what I know but then respect how they react to it.