Well there were repercussions from the Airbnb guests that I mentioned in my last post. They wrote a very damming review about their stay. Needless to say it really upset me. I think I was still feeling vulnerable from their time with us anyway. What upset me most about the review was that most of what they said was not true. Anyway I got on to the

Airbnb community forum. Well what an amazing bunch of people. No one made me feel daft for having let them stay and everyone who responded to my post was helpful. Airbnb said that unfortunately they could not take the review down because it didn’t quite break their guidelines. But with the help of the online community from around the world I was able to put up a succinct response to the review which actually, so the community said, took the sting out of the review and gave me the higher ground. And also helped others to see that here was someone just ranting. But it took me a while to potter through all this and come out feeling ok.

Being a well-being writer I of course did my own journaling and explored my thoughts and feelings about what had happened via writing. I realised that I got upset because it was not

true and I did not like someone saying things that were untrue. As always timing is amazing and I was meeting with my spiritual director and so I told him all this. His response was that we all feel like that, which I sort of know to be true, and that it was ok.

On Monday I was facilitating a writing for well-being group and it came up about the glass half full/glass half empty explanation for pessimist and optimist, when someone said that in an Eastern philosophy (sorry I forget where) they talk about emptying yourself so that you can be filled. So with that thought an optimist would be someone who was happy to be a glass totally empty. But then I thought Jesus talks of us being like streams of living water and of how we need to be constantly emptying ourselves so He can fill us. Very similar philosophy. I can hold on to my half full

glass and oscillate, as most of us do, between feeling like glass is half empty or half full. Or I can go to that total place of letting go where I am happy to give away everything in my glass and wait for the Holy Spirit to fill it.

Mind you this does not come about by being on my own. The Airbnb Community Forum

helped as did various open and honest posts on Facebook from my daughter, from a friend whose total openness about his struggle with his sexuality was amazing, but not just that but the love with which his friends responded. As well as friends I have who are willing to let me be myself and my spiritual director, and my time being able to walk with my dog and think and ponder with God. And also we have just had two Airbnb guests who’ve stayed who have been totally lovely and have reminded me why we do this. So it is by community that we survive and can choose.

So I have to sometimes empty myself and let those who support me, whether I know they are or not, fill me with hope and wisdom and peace. And I do often think when this happens that the Kingdom of God is bigger than just those who profess to be Christians 🙂 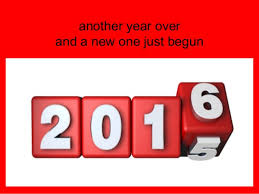 I write the family Christmas newsletter but really it is just a snapshot of things we’ve all done and I miss out things that I’ve done and things that they’ve done too. So in reflection of the John and Yoko song “So this is Christmas … another year over and what have we done?” I thought I would look at what I’ve done.

It was at the beginning of January in my new journal diary that I wrote “Boldness to search for my true dreams and to walk them out.” To being with things didn’t go as expected …

So this is my year in bullet point. I’ve enjoyed it and wonder what will come of next year. The word I have written in my diary is “Blank Page – wait for the writer to write”

first year I’ve felt like I’m standing on the threshold not having a clue. All I know is that at some point in the next 3 weeks we will be on the move to Abergele. I don’t even know the date for that. And what will our lives look like in Abergele? Who knows? But I do know it will be an adventure and I can walk with God, and with friends old and new.

I’m really late in getting this out. I should have had the review out by the launch date of 14th April, but life got in the way, as life does. I will stick to the task and then blog later on my priorities.

So I had the great privilege of being on the Searching For Sunday review launch team. This meant I got to read the book in pdf form and put comments up on a special closed facebook page, as well as commenting on my own facebook page. This did mean writing with facebook open which is not ideal for me.

I would say one of the best ways to see the bits that influenced me would be to go on my facebook page and look for #seachingforsunday  In fact there are loads of post across the world from the other reviewers.

For those of you who haven’t read Rachel Held Evans I would suggest reading her “A Year of Biblical Womanhood“, the first one of her books that I read which looks at the things that Church says women should and shouldn’t do. Rachel looks at it with open eyes and candour, not slating it but showing the roots of where these 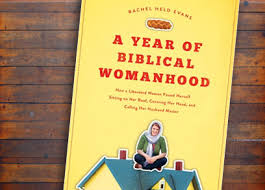 In “Searching For Sunday” she looks at her own journey from evangelical church life to exploring congregations, of finding places to question what is meant by what she believes. Like many of us, Rachel has reached a point where she wants to know why she believes what she believes and is off exploring. For many of us we haven’t lost faith in God but want to find a genuine way of working it out. Interestingly I read a piece by Richard Rohr, which I can refind to post, where he talks of how the apostle Paul had to go away and work out how it was this Christ revelation fitted into his understanding of the world. It is like having met Christ we are taking into an already formed world and there comes a time where, not so much we have to question God, but we have to question how we work in relationship to God. Here Rachel talks openly and honestly about her’s. She breaks it down into the seven parts which equate to seven sacraments; baptism, confession, holy orders, communion, confirmation, anointing the sick and marriage. Through these sacraments and Rachel’s journey the reader gets to visit with all sorts of people who are walking out their relationship with God in their own ways. As with “A year of Biblical Womanhood”, Rachel is not judgemental or condemning. This is a book full of exploring, discovering and most importantly hope. As she says at the end

“But if I’ve learned anything in this journey, both in writing this book and clumsily living its content, it’s that Sunday morning sneaks up on us—like dawn, like resurrection, like the sun that rises a ribbon at a time. We expect a trumpet and a triumphant entry, but as always, God surprises us by showing up in ordinary things: in bread, in wine, in water, in words, in sickness, in healing, in death, in a manger of hay, in a mother’s womb, in an empty tomb. Church isn’t some community you join or some place you arrive. Church is what happens when someone taps you on the shoulder and whispers in your ear, Pay attention, this is holy ground; God is here. Even here, in the dark, God is busy making all things new. So show up. Open every door. At the risk of looking like a fool buried with his feet facing the East or like a mockingbird singing stubbornly at the night, anticipate resurrection. It’s either just around the bend or a million miles away. Or perhaps it’s somewhere in between. Let’s find out together”

Go buy it. Read it. Get the study guide. There is so so much to explore. If I could afford it I would buy you all a copy but I’m broke, again!