We were chatting yesterday about North Korea and nuclear war. I didn’t mean to sound

flippant but my comment was “what I can I do about it?”

Back in the last 1950s CND was founded, people went on protest marches and worried about whether they should have children or not because the world would end soon. In the 1980s I was part of CND, protested at Greenham Common, did awareness campaigns in my local town, and worried that the would would end soon. I’m not sure if there are protests going on now. I know there are a few petitions going about, but the news is still telling us to worry that the world will end – possible soon. My comment is “what should I do about it?”

Well I went off and had a think and I know what I’m going to do. It sounds selfish and uncaring but it isn’t. I am not going to get involved in politics now. Not because I’m too old but because I know I’m not focused enough. I also don’t think its my “calling.” What

I’m going to do is be the best ME that I can be. I shall be kind and supportive to my guest that stay here, to the people I meet dog walking, to the people I come across in my workshops and in my work at the castle. I shall be there for my children and my husband. I’ll walk my dog, enjoy life – not in a “who cares” sort of way but in a “hey there are so many good things in this world why don’t you take a look at them too!”

others that seem so insecure and yet have bits of the world they’ve been given dominion over a big hug, a kind word and let them know that they don’t need to stress so much. Again sounds trite but I do wonder if instead of running people down we lifted them up then the world would be a kinder place. So I can’t touch world leaders but I can touch those who I’ve been given the privilege to be in touch.

Well there were repercussions from the Airbnb guests that I mentioned in my last post. They wrote a very damming review about their stay. Needless to say it really upset me. I think I was still feeling vulnerable from their time with us anyway. What upset me most about the review was that most of what they said was not true. Anyway I got on to the 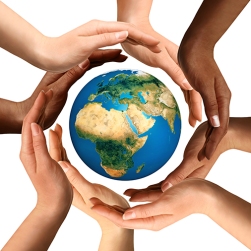 Airbnb community forum. Well what an amazing bunch of people. No one made me feel daft for having let them stay and everyone who responded to my post was helpful. Airbnb said that unfortunately they could not take the review down because it didn’t quite break their guidelines. But with the help of the online community from around the world I was able to put up a succinct response to the review which actually, so the community said, took the sting out of the review and gave me the higher ground. And also helped others to see that here was someone just ranting. But it took me a while to potter through all this and come out feeling ok.

Being a well-being writer I of course did my own journaling and explored my thoughts and feelings about what had happened via writing. I realised that I got upset because it was not

true and I did not like someone saying things that were untrue. As always timing is amazing and I was meeting with my spiritual director and so I told him all this. His response was that we all feel like that, which I sort of know to be true, and that it was ok.

On Monday I was facilitating a writing for well-being group and it came up about the glass half full/glass half empty explanation for pessimist and optimist, when someone said that in an Eastern philosophy (sorry I forget where) they talk about emptying yourself so that you can be filled. So with that thought an optimist would be someone who was happy to be a glass totally empty. But then I thought Jesus talks of us being like streams of living water and of how we need to be constantly emptying ourselves so He can fill us. Very similar philosophy. I can hold on to my half full 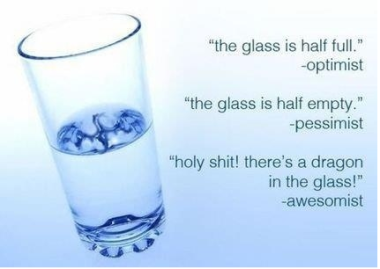 glass and oscillate, as most of us do, between feeling like glass is half empty or half full. Or I can go to that total place of letting go where I am happy to give away everything in my glass and wait for the Holy Spirit to fill it.

Mind you this does not come about by being on my own. The Airbnb Community Forum

helped as did various open and honest posts on Facebook from my daughter, from a friend whose total openness about his struggle with his sexuality was amazing, but not just that but the love with which his friends responded. As well as friends I have who are willing to let me be myself and my spiritual director, and my time being able to walk with my dog and think and ponder with God. And also we have just had two Airbnb guests who’ve stayed who have been totally lovely and have reminded me why we do this. So it is by community that we survive and can choose.

So I have to sometimes empty myself and let those who support me, whether I know they are or not, fill me with hope and wisdom and peace. And I do often think when this happens that the Kingdom of God is bigger than just those who profess to be Christians 🙂