How often have we all been heard to say “but you said …” and the response to be “No I said …”? Each of us when we speak speak through our own interpretation of what we mean and each of us listens through our own interpretation of what we mean. Very rarely to we slow things down enough to say “I heard … Did you mean that? If not could you explain what you meant,” which is very rarely responded to by the other person saying “Actually that wasn’t what I meant. I meant … Please could you now tell me what you’ve heard,” all said in low calm voices. In most marriage courses and counselling course one is told to speak like that; to say what one thinks one had heard and then for each person to keep going back and forth till each person fully understands the other. Why does this not happen? I think because we are all in too much of a hurry to get our point over and to hear our own voices.

But also it can be interesting too. Recently someone posted a blog post in which they talked of a conversation we had had together and how much it had helped, or at least that’s how I read it, him to move on with some major changes. Now I had told this conversation to my husband only a day or so after it had happened. He also read the blog post. His comment was “this doesn’t sound like the same conversation.” Who is right? Who is wrong? Neither of us. Both of us heard our conversation with our own interpretations and also remembered the bits we liked the best. 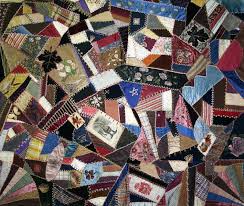 from God”. (Something with many interpretations there!) It meant a lot to us because we had had similar images in a “picture/word” we’d had when we first got married. Anyway what he shared he also interpreted. My husband and I both nodded and said “thank you” and left it at that. Later when we went to bed both of us said that we thought the picture meant something different to what our friend had interpreted. He was interpreting through his mind’s lens, we were interpreting though our mind’s lens. Why didn’t we tell him? Actually there I’m not sure. For me it can be just that I need a bit of time to chew it over.

In fact with this life change others have felt they could speak into our situation, and very often have totally misinterpreted what we are on about. Why? Probably for the same reason we all do; they hear a word that they can picture and so stay with that word and don’t hear any more. They then tell us what they think about that word they have captured and that makes sense to them. We then hear only bits of what they are saying too, so we interpret in our own way. Neither of us is right or wrong but actually we are both too busy to slow the conversation down and say “do you really mean …?” or

to say “What I heard you say was …? Is that right?” I think we often don’t want to be thought of as wrong or not caring so we either don’t say someone has missed the point we wanted to make or we don’t want to say we don’t fully understand what they are saying. My husband says often him and I argue on something we are agreeing on and when we slow the conversation down we are saying the same thing.

All this can be fine until it escalates. People then fall out, fight, take sides, kill each other. Things like the Bible and other religious books really are only interpretations and yet I cannot think of one of the major world religions where there aren’t factions that disagree with each other. What is it they disagree on? Interpretation!!

I have often wondered why God didn’t come up with some clearer easier way to help people understand, but then I think that God didn’t because then it would put the whole deity and big answers to the world into easy to manage boxes, and though that would stop people fighting and killing each other, it would also stop them from exploring and finding. So whether you believe in a God/Higher Deity/Nothing that is down to your own, and my own interpretation, of what we observe around us and how we take on board what we take on board. So for me this means that I am kinder to those who misinterpret me and so I will try to slow down what I say and ask more questions when communicating with others, but also know that there will also be times when we make mistakes and misinterpret. Then FORGIVE. I think that is the only way until we, and I include me in this, can be bold enough to slow things down a lot 🙂