We are on the move, my husband and I. Some people have advised caution, said “don’t move too fast” but in fact this has all been a long time coming. Nearly nine years in fact! We have got close and then things have changed but we have held in there, often without knowing it.

So on our honeymoon my husband had this big download from God about our home being a place of safety for others. He got words and

pictures and all sorts. So we pottered on letting this happen around us, for my children, for people God dropped into our lives along the way. We got hurt and confused at times by what it was all about. We had people that we had spent time with moving on to other things and not even speaking to us. In hindsight we have realised that this is what the “vision” had all been about but wasn’t easy. Then came the big crash three and a half years ago when people we had been praying for took their own lives, either deliberately or by accident. That shatters one’s trust in the vision and in God. We had been told we were a safe place and those we’d been praying for and who had come under our roof took choices that led to their lives being cut short. Where did the vision go then? Buried!! 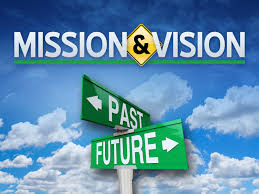 Though not quite. It simmered away. We both kept niggling at it without realising but we had lost our trust in God to do His bit. We never walked away from Him. Like Peter said when Jesus asked him if he was going to leave as others were doing, it was “where else can we go?” But there had been a shift in the relationship. I believe we spent the last two years rebuilding our trust in God, because it has only been just over two years since my father-in-law died. Someone else we’d been praying for and hoping to become well again.

So the Vision was written large nearly nine years ago. We wanted to run with it but weren’t able to – to being with because of our own lack of experience and also lack of space, but then because of things beyond our control unsettling us. We needed to grieve. We needed to regroup. We needed time. We needed to be bold enough to look at the Vision. Interestingly we didn’t do anything deliberate to bring it back to the surface. It all happened in an roundabout sort of way. So yes it would be possible to say that we are moving quickly but in fact we’re not.

And we are still trying to learn to trust. It’s odd but I can see it when we wait for someone to buy our house. It isn’t 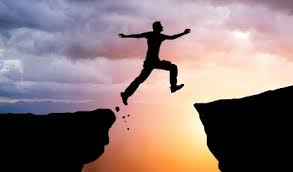 happening fast enough which at one time I would have said was a great way for us to learn patience but now I’m struggling because that trust that God can and will has slide. But actually it makes us rounder people, I believe, more able to support those who’ve been hurt because we’ve been there too. But trust is such a hard thing to regain.

And as I think of regaining trust in God I think of people in my life, not just those who’ve died but those who are still alive, who’ve hurt me, broken my trust. In all cases it is hard to trust again, but God seems to have led us to a place where we are having to trust Him to sell our house and led us to our “Promised land!” 🙂

Love this, love the journey. Love the reality of joy and pain, gain and loss. But a new horizon is in view. Excited at the prospect. A safe haven. Will watch the unfolding with interest and excitement.