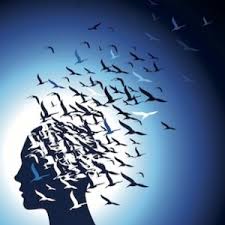 All day every day we run around exhausted trying to work out what’s good, what’s bad, what we like, what we don’t like, instead of just experiencing this world. I’ve been doing a Mindfulness course and I must admit till then I thought that Mindfulness was just about stopping to look at things, even then to put them in the good/bad, like/don’t like category, but I don’t think that’s the case. It is about judging. I talked about this in my post on Keeping Sunday Special in regard to how we judge people’s faithfulness but I think I’m taking it further.

Over the past few days I’ve been walking the dog and trying to look and listen to nature without judging, without deciding whether I like it or not, and then have been trying to take that on into my life. At the moment my daughter is home from university, which means for a lot of the time she’s in the living room – in my space – which actually I then find it hard to write, to even think creatively. So I can decide if I want to decide if I like her being there or not or just accept that’s where she is. To a point I do like the fact that, when she isn’t working or out with friends, that she likes to be in with me. Though in honesty it is because the internet connection is better on the couch. I also don’t like her being there because I find the continuous computer gaming annoying to listen to. Now I can either get upset and put it in

“don’t like” box or even try to work myself up to liking it and so putting it in the “like” box, which it can fall out of, or I can decide that this is the way life is and if I’m not able to be creative for 3 months then that’s what it is. See actually I almost wrote “it won’t be the end of the world” as though that made things ok, and it needed to be in the “ok” box”. That’s the other place we use if we actually don’t like something but aren’t sure what to do with it we say its “ok” which like “nice” or “interesting” has a myriad of meanings. Often “OK” can mean that actually we don’t like it but we want others to think we are good people so we tell everyone that it’s ok. So with my daughter I have to say “that’s how it is” and then work my life around it. I can also tell her how I would like to have some space. Or as happened yesterday I said, calmly, that I would like her to help more in the kitchen and we made supper together. It was helpful. Yes it did go in the “like” box but actually things to. We will always have things we like and don’t like, and that’s ok but we still need to accept that those are our tastes and not right or wrong.

So I like some help in the kitchen and I do have my own way of doing things. This isn’t right or wrong but how I like things. I 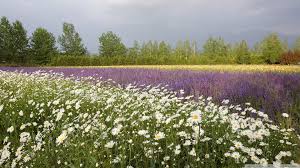 like the house to myself and everything quiet, but that’s me. it isn’t right or wrong, good or bad, but just me. And when it comes to being out in nature there isn’t a right and wrong, good or bad. There are just flowers, grasses, birds, trees, cars, people, colours and sounds. All just being there.

Now that I am accepting not just what I see in the countryside as “more than just ok” then I am bringing it into my home life, my friendship life, my working life, my creative life, my Christian life. In fact I would say this article says how we should live life more than anything I could write. Integration of the Negative. Jesus didn’t put things in good or bad, right or wrong, but he did suggest ways that made life work more fully for all. And this is where I like this practise, if I’ve got the Mindfulness thing right, is that even though it benefits us we are doing it for others. If I am accepting of everything then I am a calmer, less critical person to live with, probably less anxious too. Though even if I’m anxious or depressed I can just accept that that’s the way I am and it’s ok. Not to judge me either!

Oh I seem to be back to the “love your neighbour as yourself” 🙂 which was a reoccuring theme in my other Diane’s Daily Thoughts. 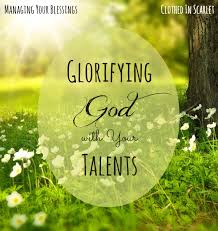 In all I do I want to glorifying God. What on earth does that mean? And I do mean “on earth” because I think in heaven glorifying God will be easy – because He’ll be there.

I am a writer. I am away on a writing weekend with some lovely people. How do I glorifying God whilst I’m here? How do I glorifying God in my writing? I can only write what comes into my head and I do not write a very openly “Christian” story. Yes I have written poems and short stories where, for me, God is very much the centre, but that may not be open to those who don’t follow God. In fact I can see God in almost everything whether openly Christian, Buddhist, Muslim, new age or supposedly nothing spiritual at all. But how do I glorifying God in that?

I was walking this morning as the place where we are is beautiful with wonderful grounds. I had just

read some very tough stuff in John Piper’s “The Presence of God” book and was chatting to God about it and weeping. I was thinking of my son, who’s just been so a trauma for him of seeing a dream he had planned for about ten years fall apart and the people he expected to stand by him making accusations about him. Now I, not being God and able to see all things, don’t know how true these accusations are but you know what I love my son even if they are true. And that’s the thing, these other people don’t love him with that unconditional way I do because they don’t know him. He has had to learn to trust that I love him unconditionally. He has to learn that his stepfather loves him unconditionally. But this has taken time, has taken heartbreak for him and has taken a time of others letting him down. I know this is how God is for me. With the things that have gone on in my life, not just the last three years of dealing with too much grief, but in all the other shattered dreams in my life before and after making that choice to try to put God in the centre of my life, I have had to learn to trust that God is trustable, not just when things go how I want but when they don’t. I have learned God loves me unconditionally and delights in me even when the world falls apart around me, even when I screw up, even when I make mistakes, even when others hurt me. Its not that things happen as a lesson for us to learn form but that life is about growing to know that God is trustable even when He doesn’t do as we want. My son is learning to trust us when we give to him unconditionally. It is like he is a child again, which is what we are when we first start following God. But there comes a time with God, and will come a time with my son, when He backs off, when we back off, when the trust is built and stuff can happen that we don’t want.

The question isn’t how can I glorifying God in the bad times but how can I glorifying God when life is just normal? It is easy to reach out when the waves crash around us and just let God hold us. It is also easy to praise God when things are going so well. Like it was easy this morning to praise God when the sun was shining, when everything was as it should be; peace, calm, sunshine, bird song, toad croaking, someone else sorting out my meals and doing my washing up. But I want to work out how to glorifying God, not praise Him but really glorifying Him in the mundane of my life, in what I write, in what I say. Not in a cheesy openly evangelistic way but in a way that is me, in a way that is natural.

But maybe, just maybe – and this is how so many of my posts are, full of questions and no conclusions – I just need to keep being me and keep just letting God be God?

The Rules of Francis of Assisi sums it up really: