Ever since I was little I use to dream about living near the sea, close to mountain with a room of my own. This was my special place. I use to go there in my head when I felt sad or lonely or when I couldn’t sleep. It was a fantasy. I never prayed for it to become real and I suppose never thought I’d could have something like that. Not that I didn’t deserve it but that the lifestyle I was leading would never lead to that. I was content with where I was and who I was and that was it. Yet this morning I wake up and it has all come true. Actually I went to bed last night in a real grump, but I think that was because I thought the bubble would burst and that it would all fall apart, and that it really was “too good to be true!” Silly me!

It has been tough getting to this point, as in the buying the house and moving, but actually

the journey to here too; the things we’ve walked through in the last few years which almost drove our marriage apart. I wonder why it didn’t? Both my husband and I have been in relationships that have ended in divorce without going through any of the traumas we went through. I wonder what we’ve had? Maybe it is that deep inside both of us there is this shared dream – of the sea and mountains – that has held us together? Who will know what it is that holds some people together and drags some people  apart. But all I do know is that I couldn’t be where I am now without him. And it’s not just that he has the money. It’s much more than that. Standing with my slightly hard-work-at-times husband has meant that I could achieve much more than standing alone. There was a point when we got in the car on 10 days earlier to travel to Wales into temporary accommodation without either our house sale completed and being told the other house was nowhere near ready that I panicked. If it hadn’t been for Ian I would have jumped out the car and gone back to bed, but he held there in strength and kept it going.

When we got married my father-in-law had a picture for us, of us sawing a huge log with one of those 2 people saws, and he said that the way things worked best in a marriage was when each person did their bit and took their turn in pulling the saw through the wood when it was the right time to do it, and that if one pulled when they should have been guiding the push, or even pushed when the other wasn’t ready to pull then there would be problems. But if we could each just know when it was our turn to do the right thing then the log would be sawn smoothly and no one would get hurt. We’ve made a mess of this over our past 9 years at times, pushing when we should have been pulling, or even forcing a push when we should have just been supporting and guiding, pulling when the other was pulling too. Yup we’ve messed up at times but we’ve stayed the course. And as I write this I’ve realised that another dream has come true. Ok so Ian isn’t the knight in shining armour coming in on his white charger, in fact he looks very silly and uncomfortable on the back of a horse, but he is my friend and my companion, he’s there with me to walk through. He is someone I want to grow old with.

We have become the verse we had read at our wedding from Ecclesiastes 4:11-13

Also, if two lie down together, they will keep warm.
But how can one keep warm alone?
12 Though one may be overpowered,
two can defend themselves.
A cord of three strands is not quickly broken. 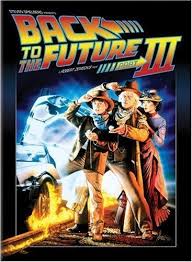 I wasn’t going to write because I’ve got too much to do and also I’m not feeling great but felt compelled to. As the quote says “Back to the Future will now take part entirely in the the past”. I saw all 3 of the Back to The Future films in the cinema and then on TV. Never sure why I liked them but ..

And as Sally Ann says today 21st October is significant in the use of the number 21 – the coming of age number – and I quote:

To me 21 denotes a breakthrough and the number of maturity when young people historically got ‘the key of the door’… Daniel in the Old Testament fasted for 3 weeks – 3×7=21 – and an angel appeared to him at the end of that time: now that’s what I call a breakthrough!

So today, the 21st day of October we got breakthrough – in that we sold our house, offer totally accepted, and had the offer of our new house accepted – and it feels a bit like maturity – because now we step out into the unknown but as grown ups. We are breaking ties, gaining something that is ours totally (as in this house will be in joint names whereas the house we are in now is just in my husband’s name). And also it was 3 weeks today that, after getting back from Wales, our estate agent came round and put this house on the market. Another of those 21 days! And also from now on we start writing our future, a future that is ours, that is different, that we cannot predict at all.

Something interesting too – often when I can’t get to sleep I daydream about having a room of my own that I can decorate and also being close to the sea. Now it doesn’t help me to go to sleep because the dream is becoming a reality. Our future is standing like a blank page waiting to be written. You know it feels like it did just before we got married – that tumbling excitement of stepping into the unknown with the one you love 🙂