Yesterday I was tutoring. My pupil lives on a large country estate. I had just stopped my car to sort out my dog’s harness

when a lady came out of the gatehouse and asked if I could run her to the big house as she’d locked herself out of both her house and car. She worked at the big house. She then said to me “I know you.” We did the ‘how old are you?’ question and realised that she went to school with my sister, me with her sister. She told me I looked just like my sister. For the five minute car ride back to the big house she was so preoccupied about being locked out she didn’t ask me about my sister. I asked her about herself hoping she’d ask how Carole was then I could have told her that Carole had drowned just over three years ago. I’m not sure how much more information I would have told her, but probably because I didn’t tell her anything was why I told a friend I met for coffee in the afternoon, that I hadn’t seen in nearly three years, the details and my suspicions. I needed to tell someone.

And I didn’t just need to tell someone about my sister’s death but I was stuck with who would care about me seeing this person? None of my family knew her. She was someone that actually I remember bumping into her years ago with my 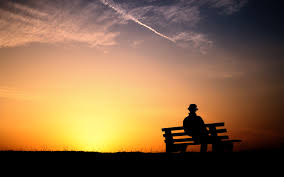 sister and her with her sister and we talked about how we’d been to school with each other. It could have been me she recognised. But there was no where I could go with this information. Who could I say that I’d seen this woman? I couldn’t phone or text my sister to say ‘guess who I saw today?’ There are so many things when you live a travelling life, a disjointed life, that there is no one to pass things on to. I think of my husband’s uncle’s funeral and there were many of the same people who were at his dad’s funeral, but also people were asking about people they all knew. No one other then my sister would have known or cared about the connection. It is one of the things about grief that no one tells you – the who do you say things to that are only relevant to you and the deceased.

So who do you tell when no one else is interested?