I’ve just read a post asking “Seven/Seven: Where were you?” and also today was talking with mother of the girl I tutor about remembering where we were when … and listed various events that we remembered and talked of what we remember about where we were.

I commented on the “Seven/Seven: Where are you?” post and said: 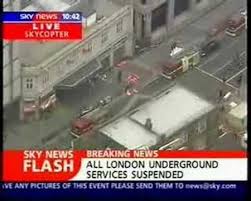 I will always remember where I was on 7/7/2015. I was at home in Frome, home educating my daughter. My son had gone to college that day in Radstock. We were really engrossed in something when suddenly we both said “let’s put the radio on”. Neither of us will ever know why but we listened with shock as the reports unfolded. We are Christians and we just prayed and cried. 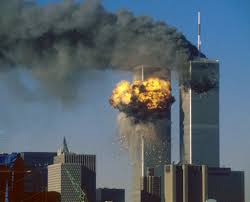 We were in our first week of our Family DTS in Paisley Scotland. I think it was the first time I’d left my kids for with someone to teach them since I’d taken Ben out of school. Us adults were in a church hall about 2 miles from the main house. Our base leader came in (the days before everyone had mobile phones) and said there was dreadful news. It unfurled slowly. We were on our faces in prayer. It was not just an awful time nationally but for me it was an awesome time realising the things I could pray and the strength I could pray with.

The death of Princess Diana is neither so deep or so inspiring. 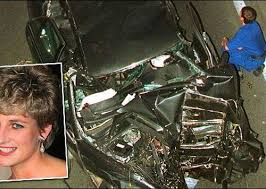 We were living in Belfast. We had been there for about 10 months. I was helping out in the Sunday school at the church we had been attending for maybe 8 months. Someone came in and said “Diana’s been killed in a car accident.” Everyone looked sad. I didn’t say anything. I presumed this was someone they knew, someone who attended the church. I remember racking  my brains to think of any Diana’s I’d known. Thankfully I kept quiet and didn’t embarrass myself.

These are a list of events where I can see and smell how things were, that have stayed seared in my brain, where everything is still so vibrant, where something has been capture. A moment in time. And yet there was a prompt on a

Linkedin group I’m part of which this morning said “write imagine your 5-6 year old self and write about the kitchen in your family home.” I couldn’t remember. I know I’ve moved a lot as an adult but as a child we only lived in four different homes and I can only really recall the third house, where I lived from 10-16. I only remember the fourth house because I visited it twenty years after I’d moved out because new friends were living in it. How can I see snapshots for vividly and yet not remember even something vague from a place I must have gone in to over a thousand times?

It is said that memory is an odd thing and that we shouldn’t trust it that much. What is truth may not be fact. Yet those things etched in my brain that I have mentioned above I am sure that they are really true, that they really were like that. In fact there are certain

words or phrases that can send me right back there. Though I wonder if I spoke to others who were there whether their truth is the same as mine?

Thanks for sharing these (many) painful memories, Diane. Some interesting and poignant thoughts here. Thank you.

Well thank you for getting me thinking about them in the first place. Your post really set me off. Maybe with you so close to me we ought to find sometime in busy schedules to drink coffee together 🙂 X

How about meeting at Words and Ears sometime? I won’t be here for the next reading unfortunately (go, if you can, it’s Matt Merrit). Drop a line to Dawn Gorman to be put on her mailing list dawngorman27@virginmedia.com Hope we’ll be able to meet later in the year!

What I am amazed at with this is how the world works. I have never heard of Words and Ears, yet only live 15 mins walk from The Swan. I am now wondering how much else goes on that I could connect into that I know nothing about. I’ve asked Dawn to put me on her mailing list.
Thank you X