I was having a great chat with a friend about Jesus and she dropped in a bit about him being married to Mary Magdelene. And I answered a resounding “No he wasn’t married.” And then the answer came to me. God inspired or common sense? Who knows! And just as a disclaimer: I’ve never had issues as to whether Jesus was married or not, but this is what came to me.

Jesus couldn’t have been married or had children. I don’t believe this because it never mentions it in the Bible but because Jesus knew what he was on earth to do and there are times when he could have averted the crucifixion. When he met the woman he was to marry or even after they had children, he could have quietened down his lifestyle and gone off to live somewhere nice, still have preached about forgiveness and the Kingdom of God being close, but in a way that was not antagonistic to the authorities. If he hadn’t gone in and trashed the temple when he processed into Jerusalem on what we now know as Palm Sunday that would have kept him from crucifixion. There are many times during his trial that he could have averted the direction of it. Both Pilate and Herod ask him to do things to save himself and he either does nothing, or commits blasphemy and says he is The Son of God. Not clever things if you’ve got a family. Also we tend to forget how horrendous crucifixion was, though now we can watch ISIS videos of it if we want. Perhaps it would be good for both Christians and those who say Jesus was married to watch the horror of a crucifixion??? Maybe not! I have read descriptions and that has left me horrified that Jesus chose to go through with this, but it would leave me even more horrified to know that he knew what he was going through and let his wife and children watch.

I believe Jesus never married because if he did then he is not about love. I do not 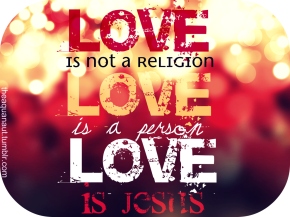 understand the whole thing of why God and Jesus couldn’t think of another way to deal with mankind’s transgressions but it’s what they decided. Jesus was not the first person to ever be crucified. He knew what was going to happen. Also I do think if Jesus had married the early disciples would have had to have mentioned his children. I don’t think they could’ve kept quiet about them. Or the Pharisees would have come to kill them too seeing them as a threat. I know in Dan Brown and other books of that ilk they talk of a pregnant Mary being taken away secretly and no one being allowed to know. Still not sure if Jesus could have had a sexual relationship because the whole act of sex is an acts of love and intimacy and of giving of one’s heart . I actually think if he had entered into a sexual relationship with someone he wouldn’t have been able to go through with what he did, as much for leaving them as well as for knowing they would see what he went through. Yes he did put his mother, siblings and disciples through the horrors of watching, which I still don’t get. But no as to letting his children watch, or even know how he died I think not. And this is the basis I state that Jesus never married.

By the way my friend felt this to be true and it has given her things to think about now. So God inspired, common sense or just what I think?