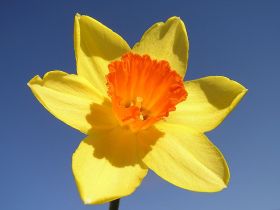 For a week of mornings whilst out walking the dog as I walk past the park there have been a group of daffodils who’s faces are turned toward the sun, expectant of the day to come. I kept meaning to bring my camera and take a photo because they said so much to me about looking to the source of light and being expectant and ready for the day. Of course I forgot and now they are gone. It looks like someone has picked them. We have loads of daffodils in and around our park and often people pick them to take home. I hope these expectant daffodils have gone to a good home.

But it got me thinking – how often are we expectant for something, looking to the source and then get snatched away from it? At my church this Sunday we’re doing a little play based around Matthew 23:37 where Jesus wants to gather Jerusalem to him like a mother hen gathers her chicks. A mother hen will spread her wings wide when she sees danger and gather all her chicks under her wings to protect them from attacks by birds of prey. 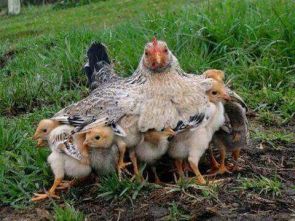 She is willing to give her own life for her chicks. I think so often we think of God as someone we go ask things from and “look to expectantly” but don’t let him cover us from attack/being picked/disappointment. This verse, and many others in the Bible, do say about God being there to protect and support during times of hardship and distress. I’m not sure there are any, or maybe a few, that say He’ll make the bad times go away yet too often the Christian message is “God will make things wonderful and life will be great” and then wonder why people fall away when life doesn’t work that way, when prayers don’t get answered, people don’t get healed, we get “picked” after diligently “looking at the source”. 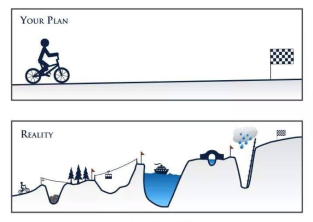 I’ve just seen a post from a friend of mine who talks about life’s realities sometimes not living up to one’s expectations. With the things I do – the room rentals and the writing workshops – so often things don’t turn out as expected; I don’t get as many coming to the workshops as said they were, or those who come take things off in a totally different direction, or with the rooms people say they are coming for a certain time and then change their minds. We have just had it with the rooms that a couple and a single person both said they were going to be staying for a while. The single then decided that what she was doing here wasn’t for her and left and then the couple found a flat to rent quicker than I’d expected. For both sets of people this is great news, and I am really happy for them, but what it also means is that things have to lived up to the expectations that I had. Things are changing. It felt a bit like I was looking to a certain way of life and then got “picked” and its all change again.

So we need to be willing to accept the changes, go with the flow and also be kind to ourselves and accept that this can be exhausting, and like the daffodils can bring about major changes in our circumstances. And be willing to just hide under the shadow of His wing.