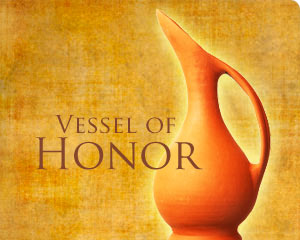 A friend of mine writes extensively about honouring and I have tried for years to put it into practise. This morning though I was praying and meditating over some questions from Abbey of the Arts around starting the new year’s journey and what giftings one would bring, etc. I was happily listing mine and what I would share with others and how much I encourage and support people when I felt a gentle God nudge. I really felt I had to email my solicitor and say sorry for being rude. And once I got that nudge it wouldn’t let up and I couldn’t get any peace. So at 7.30am I was emailing the solicitor to say sorry for being rude but also felt able not to justify why I was rude but to explain why I was struggling with things.

I felt that the way I had behaved yesterday to her had not been honouring to her. In fact I’d almost been threatening, in a very low key way. Passive

Well I was not expecting anything really back but I did get a response and in it she explained about the process that goes into buying a house, why it does take so long and what stage they had got to, and also that she was hurrying things along. Did I say sorry and act honouring to her to get a good response? No I didn’t. But through honouring her I got that response.

It made me think of another exercise I am working through with Brene Brown around Trust. The first exercise is to look at things you put in your “marble jar” that help you trust people and what things hinder that. It dawned on me that I trust people who are open and honest to me, but also people who let me be me. and also those who admit when they’ve made a mistake and let me make mistakes. In the correspondence with my solicitor I broke down the barriers that were stopping me from trusting her. Yes I had to make the first move to get a marble in my marble jar but that was worth it.

As always Richard Rohr is on the same page and puts thing so succinctly:

‘Intimacy is another word for trustful, tender, and risky self-disclosure. None of us can go there without letting down our walls, manifesting our deeper self to another, and allowing the flow to happen. Often such vulnerability evokes and allows a similar vulnerability from the other side. Such was the divine hope in the humble revelation of God in the human body of Jesus.’ 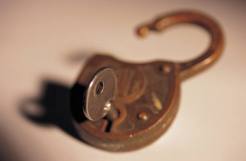 of themselves, but who also trust me and see me as tender and accepting, as vulnerable yet wanting to share. And I suppose this is a bit of what I did with the solicitor; not just saying sorry and leaving it at that but saying sorry and explaining why I was uptight.

Sometimes we are told to just “say sorry” but often, I believe, it is more helpful is we can explain why. So not so much “I’m sorry but …” but “I’m sorry for my behaviour and here are my fears/concerns which made me behave that way.” It is still keeping ownership and not saying the other person is to blame but it is also saying that I have a reason, however unreasonable, for my behaviour. It is not to excuse. In fact by saying “sorry and this is the reason” it makes one more vulnerable and allows the other person to be vulnerable. And vulnerability builds up trust but also is honour because it is about being open. If I am open to say how I feel but give room for the other person to say how they feel I am honouring them.

So one could say that I did have a good reason to be snappy with my solicitor but it was not honouring, but in saying sorry and explaining my side I have given space for her to explain and honour me too!