Two words that struck me in a lot of what I saw and heard at Greenbelt were “dialogue” and “boundaries” and the importance of both, not for one side or the other but for both. The this morning I read an article in The Week taken from The Guardian in which Natalie Nougayrede disagrees with Jeremy Corbyn’s “fondness for holding talks with such unsavoury groups as Hamas and Hezbollah” and says that it is a waste of time to talk with these groups “unless you have some sort of leverage” and that “talking means little unless it’s in pursuance of strategic goals …. or for one side to force a deal on the other.” Surely this is not dialogue at all but about coming from a position of power and only really letting someone else speak to make sure that they do as the person in power wants.

Now I do not know why Jeremy Corbyn has been on stage with known terrorists and what his strategy is for it. I have not

been able to dialogue with him. Nor would I say that I understand the deeds of Hamas and Hezbollah or agree with their methods, but then I have not had a dialogue with them to ask them why they do what they do. Life is complicated. It is not black and white. If I say that I will only listen to people to force them to do what I want then really I am not listening to what they have to say at all as I have already decided the outcome.

and so did what I thought was the right thing. A certain member of the family was not happy with it and expressed her feelings very clearly. Ok so that wasn’t right either. Once the emotions had died down we both sat down and dialogued about why we had said what we had said and reacted as we had. There was no winning or losing but a change of direction for both of us. As parent I could have come from my position of power, with my strategic goals and forced my daughter to do what I wanted and even manipulated the situation, but I would never have heard where she was coming from and why she felt so strongly.

In the media we seem to forget the atrocities committed by the West on the Middle East and other countries. Western Europe and America seem to forget the things they did and only look forward and only want to keep working toward the future in the way we think is best. Maybe if there 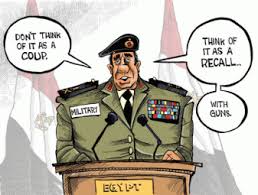 was dialogue there would be a change to see why others think and feel the way they do and why they react as they do; to see that life is not as black and white as we would like it to be. I do not condone terrorism but then I also do not condone many of the things the West has done in the name of Empire or meddling that have gone on which do get forgotten.

Agree with you, Diane, on the point of open and rational discussions, and understanding everyone’s viewpoints. Mutual understanding will probably help reduce fear/radicalization, as well as aid reconciliation. The world has sufficient resources and technologies to meet everyone’s needs! 🙂

And yet there always seems to be that fear of dialogueing, a fear that “they” may take from us!!

Yes, that is the irony. The opposite reality is true. Fear of dialogue does exactly what those who do not want dialogue fear most, “taking from each other”, preventing reconciliation and long term harmony.