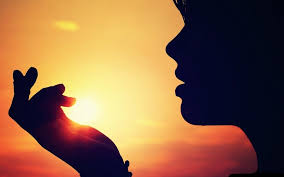 I have a lovely friend who, until recently, wound me up with his expression “I’m off to do life with … ” or “let’s do life together.” I use to think it was obvious that we all do life and that’s what goes on. But I’m now not so sure everyone “does life”, I think there are people who just get on with things and put their heads down and don’t enjoy life.

This weekend my husband’s Uncle Ron died. Here was a man who “did life” even if some of the family didn’t get it and thought he was being irresponsible. Nine and a half years ago he had a horrific car accident which cost him his legs. He was a big man and was wheelchair bound with no legs so never a possibility of walking again. I only really met him once not long after the accident and he was in hospital, but even there he was busy. He had decided to grow tomatoes on the roof of the hospital, where patients were allowed to go. Even though he didn’t know what life would bring he was planting something for the future. From what I heard from my mother-in-law Uncle Ron was always having barbecues, growing various flowers and vegetables and keeping his carers busy. He had to have full time carers because he couldn’t even get in or out of bed without help. Last summer him and his carers went on holiday to France. He wasn’t going to lie down and die. Because of his over-eating and lack of physical movement he had problems with diabetes and in the end that was what killed him. Uncle Ron could’ve decided to eat properly and give himself an extra five or ten years but he would still have been in a wheelchair, and in fact from the accident he did get another extra nine and a half. He could have died in that accident but didn’t and decided to “live life.”

My friend who has the expression “do life” is also someone who has see death and come through it. Life is a big thing for

him. As we get older we do see more and more people die, some in old age, some too soon, but eventually we will all die. The big thing actually to always ask ourselves is “have we lived life.” What does that mean?

To Uncle Ron it appeared to mean enjoying life, inviting people round to eat, and planting flowers and veg. For the friend I’ve just mentioned it means going on mission and giving to others. To some it means going to war torn countries and nursing or reporting to let those people know they are not alone. For each of us to “do life” means something else. As I mentioned in an earlier post about being able to “act on what transpires” which actually is living life. I don’t know what will  happen next at all. Take this morning – my neighbour and I set out with our dogs and were in the middle of a long deep conversation when we aspired a fellow dog walker and his Labrador puppy so we walked with him a bit, then he went off and we got back to our deep conversation, then bumped into some other walkers and walked and laughed with them for another hour. That wasn’t planned. In fact the plan for me was to have a quick walk then get to see a friend for coffee, who had cancelled that morning because her son wasn’t well. I was going to “do life” with her but in the end got on and “did life” with what transpired. Maybe this was the same for Uncle Ron. He never planned to be without his legs for the last nine years of his life but he made the most of the life he had without those legs.

We do all need to plan and to put things in place to look to the future but we need to be flexible so that things can change. And when we do put things in place we need to hold them lightly but hold them with joy and then hold the changes with joy and not with fear. Life is too changeable even in nice middle class England (a place I know and love).

So thank you John and now I get it completely. I have been lucky and not personally come close to dying but I’ve enough to know life isn’t static, isn’t predictable. There is a choice to live in fear and just get on with it, or to “Do life”. What do you choose? What do I choose?

One reply on “Do Life”

I definitely get what you’re trying to convey. Life is more about our attitude and beliefs than our choices. I’ve certainly adjusted mine over the years!