I have been pondering this recently because we seem to be hanging out with people who say this often. What does it mean?

I was often introduced in my home schooling group as “this is Diane the Christian” so was always put in a position where I had to say something if asked. In fact that has always been 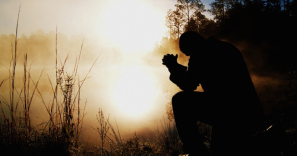 my thing – to only speak about my faith if asked. I’m not great at opening up conversation, as I think I explored in one post recently, and so go with where others are leading. Even with friends and family who aren’t Christian I don’t do the whole full on evangelistic thing. I will say that I’ll pray for them or say that I find prayer helps but I don’t think that is saying they “need Jesus.” but I would say that I do.

I do have to honest and say that, even though I have struggled with how God decided to answer my prayers over the last few years that I don’t know how I would have managed without him. But it is more about my relationship with him that has deepened and that has come from talking to him not talking to others about him.

So I ponder – am I “going on with the Lord“? Well we’re still hanging out and talking to each other, but I’m not going to church regularly, not hanging out with the same Christians regularly, I got angry with him, with those around me, I drink too much at times, I lean on 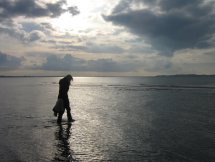 my own understanding at times. So “going on with Him“? How can anyone else say?

And I think that is the crux of it. This person who I was told didn’t evangelise so didn’t “move on with God” – what about them? How are any of us to know what their relationship is with God? In fact I was talking to someone the other day who I thought had run far, far away from God and it turned out she hadn’t at all but was just afraid of going to church with the relationship she was in at the moment. Should she leave the relationship? That is not for me to say. My advise to her was to talk to God and see what He has to say. For me I refuse to judge.

not. But that is because, even though I shouldn’t, I still value what other people think of  me. Do I think I’ve “moved on with God”? Well I know my relationship with him is very different to what it was in my YWAM days, in my early Christian days, in my days before we even moved up here. Oh yes it has changed considerably. And that is the word for me Change! I’m not sure about moving on/going on but I know for sure that it has changed.

2 replies on “Going on with The Lord”

Interesting, I may have misunderstood but thought the point was that the individual hadn’t “came out” as a Christian so could slip back into old habits. I remember some of the alpha books saying that when you have made a decision/commitment its important to tell someone…

However I agree that we shouldn’t judge and some phrases are not helpful; we don’t know what is in peoples hearts, minds and circumstances, where they are with things and what is merely learning to better talk the talk and use the right jargon over time “going on”. as you say life is change so moving on is inevitable at times, with or without. I suggest that sometimes ” going on with God ” is simply being able to hold out a tentative hand and cling on with a fragile confused faith amongst the mess , disappointment and trauma of life’s circumstances. Moving on with God presumably involves the times of moulting , loss and privately growing new feathers as well as the times of recognition whilst publically soaring. Whilst there are warnings about being luke warm, sometimes hope comes from merely still breathing and having a small mustard seed of faith left.

Post was more about how we can judge and label what is “going on with the Lord” rather than letting God do what God does best – see into people’s hearts. Its not a phrase you see in the Bible though I know in Paul’s letters we do see him reprimanding people that he considers slacking. But who are we to say that Paul is right?